I have been a serving police officer of Northern Constabulary for over 23 years, and am currently seconded to the Scottish Police Services Authority as the Deputy Head of the Leadership & Professional Development Division at the Scottish Police College. In this role I am responsible for the management of the Division in the provision of quality leadership & management training to the Scottish Police Service and also to international Police Officers in leadership roles. Prior to this post I was the Area Commander (Chief Inspector) of Caithness, Sutherland & Easter Ross of Northern Constabulary.  I have served in a variety of policing roles in urban and rural environments within Northern Constabulary. I trained at a local level in Siege Management prior to becoming a Licensed Negotiator in 2001.  From there I have developed into becoming a member of Directing Staff on the National Negotiator Training held at the Scottish Police College since 2002 to date. As a member of the cadre of Hostage/Crisis Negotiators for Scotland since 2001, I have represented Scotland at the International Negotiator Working Group in Sydney, Australia in 2003. I have significant experience of negotiating in a Policing environment, ranging from suicide intervention, siege incidents and hostage incidents - mainly involving hostage children, throughout the Highlands and Islands. During this, I have specialised in dealing with waterborne incidents, especially during 2003 with the MV "Est" hostage incident on board a cargo vessel in the Cromarty Firth involving four hostages of varying nationalities and dangers from a hostage taker who had mental health issues and willingly fired marine flares at his hostages. As part of my work as a Negotiator Co-ordinator and Directing Staff Member, I have been instrumental through the ACPOS Negotiator Sub Group in the formulation of an accredited course/qualification in consultation with my colleagues and Professor David A Alexander, MA(Hons), C Psychol, PhD, FBPS, FRSM, (Hon)FRCPsych, Director, Aberdeen Centre for Trauma Research, Robert Gordon University. This course has recently been given the full support of the ACPOS Personnel & Training Sub Group and is currently under development. 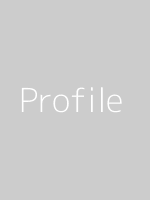